The shows are certainly coming thick and fast now.

The show was well attended and featured some good layouts, a couple of which were invitied to future Stafford shows.

Here are some photos covering most, if not all, of the layouts present. 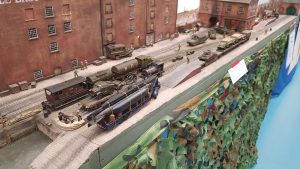 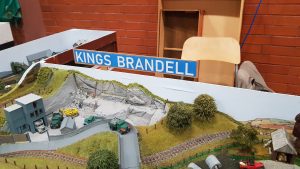 Here are a couple of lighter moments from the show:

Operator fatigue (or a boring layout!). Pete being woken from his nap by Terry.

Elaine from Ludlow (layout not town!) using her pointing stick to highlight something. It can also be used to prod the train if necessary!

Operators from Alsager’s Littlefield …. it looks like John wasn’t keen on having his photo taken!

Overall it was a good day and thanks go to David Stringfellow and all the members of Cradley Heath club who made it a success.