One day, some three or four summers ago, he was resting idly in the sunshine coming through the open space normally covered by the roller blind door to the clubroom, used for loading and unloading, when he suddenly got the urge to have a more fulfilled life. There must be more to life than sucking up bits of layouts very infrequently, he thought. Maybe I could become a train driver.

So he left. Some club members say he was nicked because he was such a handsome little vacuum cleaner and that a passer-by decided to take him away. And as the weeks and months went by, that is what most of the club members came to believe.

And then Henry got a little home-sick and decided that he wanted to put his old owners’ minds at rest. So he sent them a YouTube video taken in his new home in Japan. Oh yes – Japan. Henry had always had big ideas and, when he left, he left in a big way. The video shows that he is a very happy Henry and that he became rather more than just a train driver. The SRC is now quite sure that he will never be seen in the clubroom again.

Here is the link to the video: 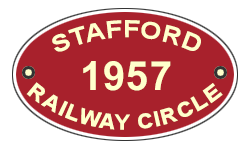